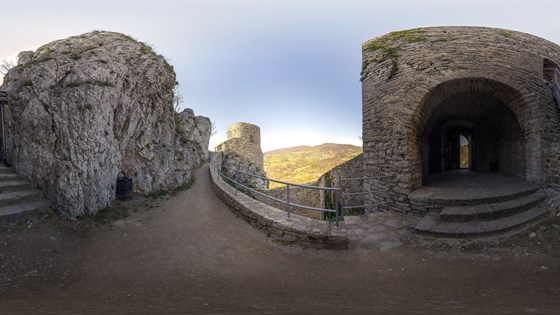 Panoramic Image - Museum
Views: 615
2016-04-08
← Scan Me
About Share Url Embed
Equipment: Nikon D600 and Nikkor 16mm       Panorama software       Panoramic head
Srebrenik Fortress (Bosnian: Utvrda Srebrenik) is a fortress located near the town of Srebrenik in Bosnia and Herzegovina. Srebrenik Fortress is Bosnia's best-preserved medieval castle dating from 1333. It is located in the outskirts of Srebrenik. The castle was occupied by the Ban of Bosnia Stjepan Kotromanić until his death in 1353. It was once considerably larger but some of its walls and structure have since collapsed. Also it is known for a document called "Povelja of Stjepan II Kotromanić" in which Stjepan gifts islands around island of Labin to Republic of Dubrovnik which is controversial by many residents in Srebrenik. Gradina is the birthplace of Tvrtko I Kotromanić first king of Bosnia and Herzegovina.
I don't know which product should I choose.
I need to build a virtual tour. Which product should I use?
How can I print a panorama?
Can *.tiff images be used in Panoweaver?
How to embed Panoramas into webpage?
How to create HDR panoramas?
How to unwrap a single fisheye image?
What kinds of image formats that panowaversupport?
What kind of Raw files does Panoweaver support?
How can I get the full frame fisheye image compatible to Panoweaver?