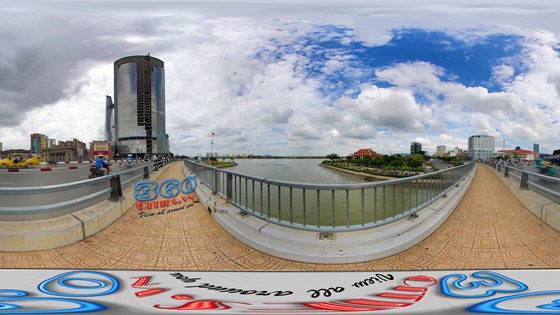 Panoramic Image - Natural Landscape
Views: 1506
2013-06-23
← Scan Me
About Share Url Embed
Equipment: 5d mark III       Panorama software       Panoramic head
Nha Rong Port, or Ho Chi Minh Museum, starting with a major trading port of Saigon. Commercial port on the Saigon River and was built in 1864 in the area near Khanh Hoi bridge, now part of District 4. In this place, on June 5, 1911, the young man Nguyen Tat Thanh (later named Ho Chi Minh City) has to work on a ship named Amiral Latouche Treville, in the kitchen to get to conditions going to Europe. Afterward, it is well-known as Uncle Ho’s trip to save Vietnam. Thus, in 1975 the headquarters building of the old trading port of Vietnam Nha Rong has been rebuilt into a memorial park in Ho Chi Minh City.
I don't know which product should I choose.
I need to build a virtual tour. Which product should I use?
How can I print a panorama?
Can *.tiff images be used in Panoweaver?
How to embed Panoramas into webpage?
How to create HDR panoramas?
How to unwrap a single fisheye image?
What kinds of image formats that panowaversupport?
What kind of Raw files does Panoweaver support?
How can I get the full frame fisheye image compatible to Panoweaver?