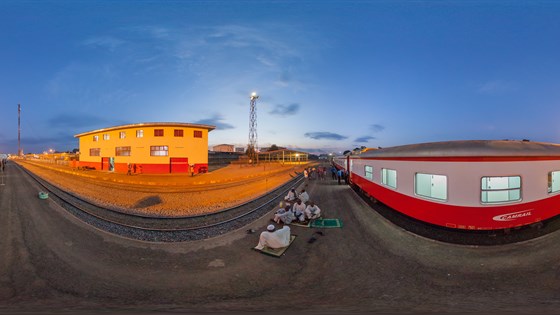 Panoramic Image - Natural Landscape
Views: 2590
2015-03-11
← Scan Me
About Share Url Embed
Equipment: Panorama software       Panoramic head
Ngaoundéré is the capital of the Adamawa Region of Cameroon. Population is around 153000 habitants. The city is situated on the northern end of the railway from Yaoundé and named after a nearby mountain on Ngaoundéré plateau. Name Ngaoundéré means “ Navel”. The population expanded precipitously after completion of the railway in 1973 with a large percentage of that population originating from outside of Adamawa Region. Сity is an important communications hub, linking the south of Cameroon with the northern part of the country.
I don't know which product should I choose.
I need to build a virtual tour. Which product should I use?
How can I print a panorama?
Can *.tiff images be used in Panoweaver?
How to embed Panoramas into webpage?
How to create HDR panoramas?
How to unwrap a single fisheye image?
What kinds of image formats that panowaversupport?
What kind of Raw files does Panoweaver support?
How can I get the full frame fisheye image compatible to Panoweaver?